Top talent, matchups, McDonald's All-American will be at LSHS

The 810 Varsity Showcase set this week at Lee's Summit will have some firepower on the court, and royalty as well.

810 Varsity Showcase, Session II is set for Saturday, February 1 at Lee's Summit High School. On the six-game slate will be six teams ranked in the boys 810 Varsity Top 25 - plus powerhouse CBC - No. 5 in Missouri Class 5.

"The matchups and talent will be the top showcase in Kansas City this year," touted 810 Varsity's Chad Rader. "There will be DiRenna Award finalists for KC player of the year, Missouri's likely Player of the Year with Love. It's a chance to stay warm and watch great basketball all day long."

Right out of the gates, No. 14 Harmon (9-1) faces No. 13 Liberty (12-4). The Hawks feature a dynamic backcourt with senior guard Walzel Evans (15 ppg) and junior Lonell Lane (18 ppg), while the Blue Jays are led by senior forward Grant Stubbs - who frequents a 20-point, 10-rebound outing often.

At 1 pm, No. 20 Lee's Summit West takes on Leavenworth, followed by another battle of Top 25 foes - No. 18 William Chrisman vs No. 24 Blue Valley West. The game will feature the Bears' guard play led by senior Isaiah Jackson, against the inside-outside game of senior gunner Spencer Bain and 6-foot-8 O'Mar Stanley.

>> For full game previews and Players to Watch, visit here << 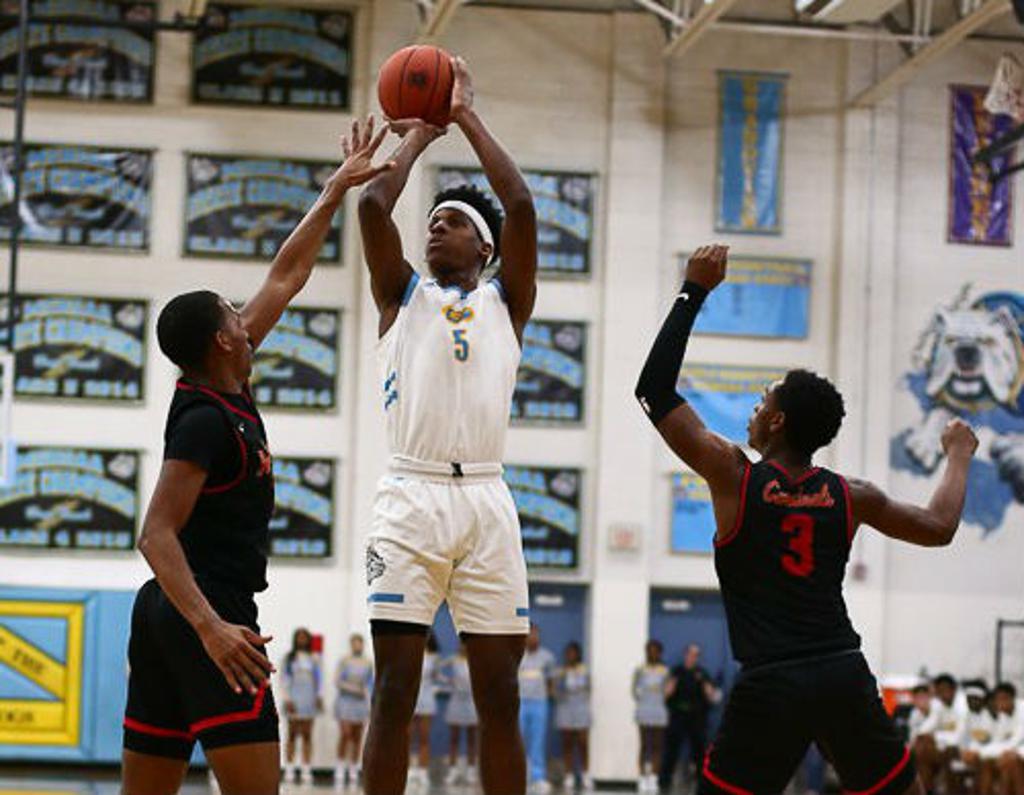 The marquee matchup will be Grandview vs CBC. Both teams are ranked in the state's top 5, with GHS the defending Class 4 champ, and the Cadets the Class 5 state finalist. The Bulldogs will be led by sophomore star Taj Manning inside, and Air Force commit Reggie Morris Jr on the perimeter.

Of course, Love will be the marquee talent as well.

For the evening games, a rival game of former league rivals in Lee's Summit vs Lee's Summit North will tip at 7:30 pm, with the game being the winter courtwarming with halftime ceremonies.

>> For full game previews and Players to Watch, visit here <<