No. 2 BV Northwest clips No. 4 Falcons in 810 Varsity Shootout 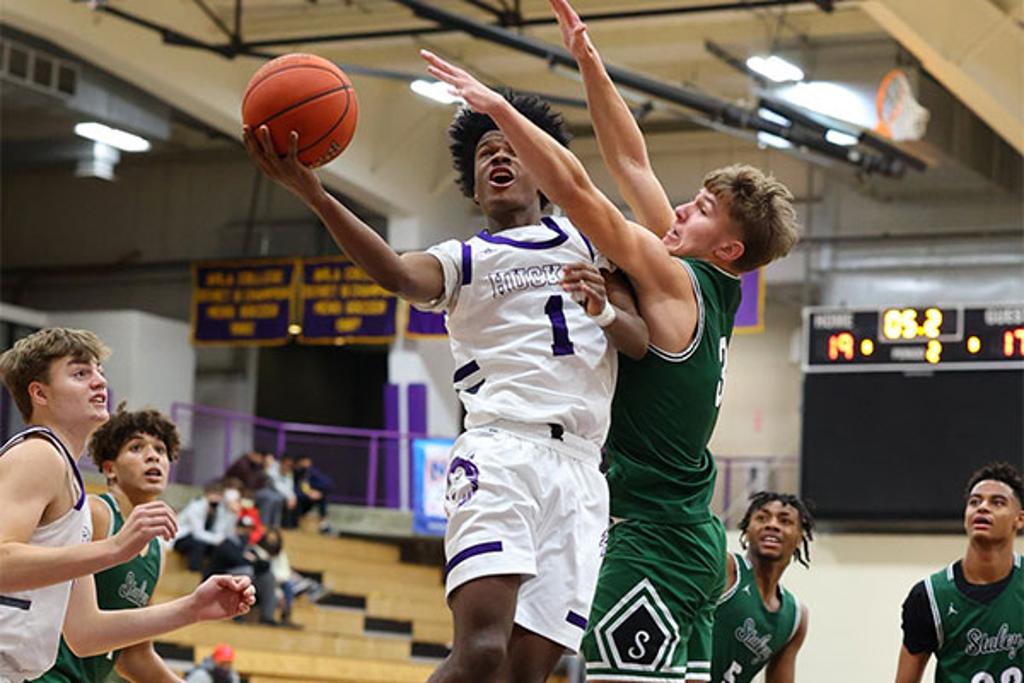 When the going got tough, Alston Mason got tougher.

Mason, point guard for Blue Valley Northwest, helped lead the No. 2 Huskies to a 54-50 win over No. 4 Staley in the nightcap of the 810 Varsity Shootout at Avila University on Saturday night.

The 6-foot-2 senior scored 12 of BV Northwest's 14 last points in the final five minutes. After Staley's Asa Bridges stuck back an offensive rebound for the Falcons first - and only lead - of the game at 37-36 with 6:41 left, Ben Fritz put back an offensive rebound to retake the lead. Jack Chapman followed with a double spin move across the lane for a 40-37 edge with 5:09 left.

Staley fought back with two free throws from 6-foot-5 sophomore Kayden Fish, then a Kendrick Stone steal and Asa Bridges lay-in to pull to 44-41 with 3:19 remaining.

Mason countered with two free throws, then sophomore Grant Stubblefield hit a bucket for a 48-41 lead with 2:10 left.

"We played well and held them offensively, but Mason was just too much at the end," Staley head coach Chris Neff said.

The win marked back-to-back wins over top 5 teams in the 810 Varsity Top 25, as BV Northwest topped No. 5 Blue Valley North, 71-56, on Friday night. Some of that showed early, as the Huskies were cold in the first half, mustering just four points over an 8-minute stretch. After two Mason free throws to lead at 10-3 with 4:19 in the first quarter, BV Northwest converted just a Mason baseline drive and a Ben Fritz spinning left-handed hoop over the next 7:58. But Staley didn't scorch the nets either, and trailed 21-17 at intermission.

"We had two big games this weekend, but two nights the kids really stepped up. They play well together, and just know how to win," said Huskies head coach Ed Fritz.

- The game pitted Neff, who won the EYBL Peach Jam in 2018, against Fritz, who served as the McDonald's All-Star Game head coach in 2019.

- Blue Valley Northwest improved to 6-5 in the 810 Varsity showcases, while Staley stands at 1-1 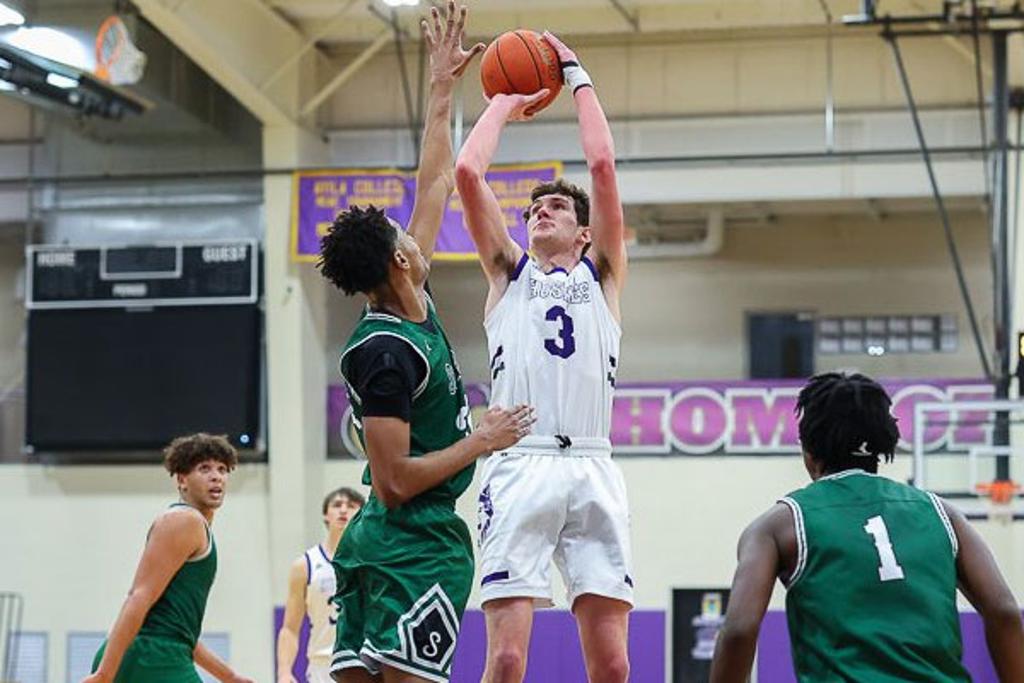