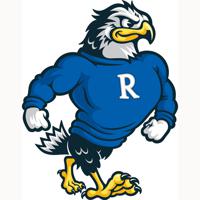 Rockhurst may have took awhile to look for its next head basketball coach, but it didn’t have to look too far. Just about 9 minutes and three miles State Line Road to Barstow.

The Knights also advanced to the Class 4 state semifinals this season before having to bow out due to COVID concerns.Thomas played at Kansas (1994-1998) and finished as the all-time three-point leader in KU history (later broken by Jeff Boschee). Barstow has been his only head coaching job before taking over the Hawklets post.

The position opened when Pete Campbell announced his retirement in early March.

Rockhurst High School is pleased to announce Billy Thomas as its head basketball coach and a new faculty member beginning in the 2021-22 school year.

Coach Thomas served as the head coach The Barstow School from 2010-2021. He succeeds Coach Pete Campbell, who led the Hawklets since 2014. During his tenure at Barstow, Coach Thomas held a record of 203-80 and earned four trips to the Final Four, three State Finals appearances, and won the 2015 State Championship. He also coached two players who won the DiRenna Award, given to the top high school player in the Kansas City Metro area.

“It’s an absolute honor and privilege to be chosen as the next head basketball coach at Rockhurst,” said Coach Thomas. “I was drawn to the overwhelming reputation for success throughout all of its sports programs, as well as the chance to become more devoted to my faith.”

Among a pool of highly-qualified candidates, Coach Thomas separated himself as the best fit for leading the young men of Rockhurst High School. Following his acceptance of the position, Coach Thomas requested the opportunity to meet with his colleagues and student-athletes at Barstow to inform them of his decision. This speaks to his exceptional character.

“Coach Thomas stood out to the search committee and myself as someone who could be transformative to not only our basketball program but our school,” reflected Michael Dierks, athletic director. “He has great knowledge of the game from both his playing and coaching experiences but even more notable is his desire to be a part of the Rockhurst community in all of its facets. We believe that he will fit in great with the framework of what it is to be a Rockhurst coach and leader of young men.”