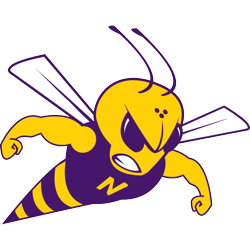 Fritz, who announced his retirement from Blue Valley Northwest on Wednesday, will serve as the head coach for North Kansas City as announced on Friday.

The veteran coach was the head coach of the McDonald’s All-Star Game in 2019, and BV Northwest was named  by MaxPreps as one of the Top 25 public schools in the decade.

“Blue Valley Northwest was tremendous to me, and we did great things there that I couldn’t have imagined when I started,” stated Fritz, who is approaching 700 career wins. “This is a great move for my family, and the people at North Kansas City are nothing but first class.”

Fritz started his high school coaching career at Center, where he served as the head coach for 15 years before moving to Blue Valley Northwest. He also served on the coaching staffs of Baker and Nebraska-Kearney

In his time, numerous Huskies went on to play collegiately, including two Huskies named as Kansas Gatorade Player of the Year – Clayton Custer (2014) and Christian Braun (2019).