For the first time ever, a Kansas City team has won the Elite Club National League Championship.

The Athletics advanced to the semifinals, and went to overtime against World Class FC from New York. The Athletics prevailed in penalty kicks (4-3) on goals by Mary Long, Lilly Reuscher, Aniston Cabantac and Bella Smith. Brilynn Mueller tended goal and preserved the win to advance to the finals.

After a scoreless first half against San Diego Surf, the Athletics found themselves down early after intermission, 1-0. But the Athletics knotted the game at 1-1 on a Cabantac goal with 10 minutes left.

Then with under five minutes to goal, Long connected on a header for a goal to take a 2-1 lead. The Athletics held on to bring home the championship to Kansas City 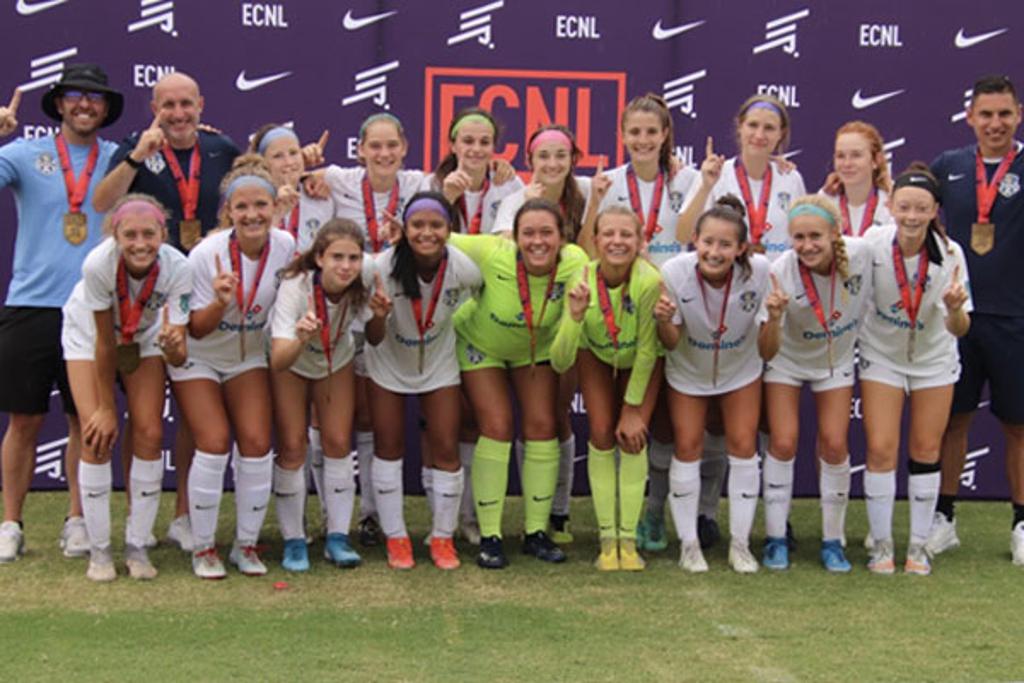