Pirates reload for another strong campaign in 2021 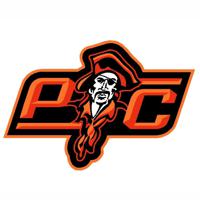 After two straight seasons of reaching the state title game, it’ll be hard for Platte County to deliver an encore.

But as always, that’s what the Bill Utz-led Pirates will try to do in 2021. Even with some new faces on the field, as PCHS will replace many playmakers, including quarterback Chris Ruhnke who threw for over 5,500 yards and 50 touchdowns in the last two years, when the Pirates advanced to the Missouri Class 4 title game (2019) and Class 5 championship (2020).

"Having two years like that, the expectations are already engrained for the next wave of starters,” stated Utz. “It carries over to the players and to the coaches. If we see things going off that track, it’s easier to pull them back on. With so many new faces, they’ll want to do their part as well.”

The cupboard isn’t bare, though Platte County – known for its passing game over the years – will rely on its defensive returners early.

Starting with the all-conference defensive Player of the Year in senior Trevor Scott (5-foot-11, 195) is never a bad start. The four-year letterman at outside linebacker was named first-team Missouri Class 5, and will be joined by returning senior linebacker Blaine Keuhn (5-foot-8, 160) .

Up front, senior Jaydon Walls (6-foot-2, 175) will join junior Chandavian Bradley (6-foot-5, 210) as returning defensive linemen. Bradley looms as a beast, already holding offers from Notre Dame, Oklahoma and other powers, ranked in the top 25 nationally at defensive line for the 2023 class by 247 Sports and a 4-star by Rivals.

“It’s a bit different this year in the sense that our defense will be ahead of our offense with so many kids back,” Utz predicted.

Taking over the helm at quarterback will be senior Jared Parsons. The 5-foot-10 playcaller backed up Ruhnke for two years, seeing most of his time on junior varsity in 2019 and 2020. But for a program that has won 50 games in a 5-year period with four different starters at quarterback, Platte County will be fine.

Helping offset the pressure with be returning running back Ben McDaniel. The senior ran for 295 yards in 2020. Also returning as targets on the outside will be junior wideout Carter Salzman (31 catches, 441 yards) and Cole Rhoden (164 yards, 2 TDs).

While stepping up to Class 5 wasn’t a problem in 2020 in the sense of advancing to the state title game, the field will be loaded year in and year out with the likes of Staley, Park Hill South, North Kansas City and others in the Northland, as well as a league schedule featuring a stout Smithville team.

“Everyone on schedule looks better and improved this year,” Utz touted. “But we’ll continue to get better each week and be ready for each game.”