810 Varsity looks at Class 6 teams, who's tops in KC and more

Here’s a look around some of the Metro after Week 3 of action through September 10.

It’s tricky to pick a one-loss team, but Liberty North certainly looks the part. When a great coach has that extra skip to their step (so to say) when discussing their team before the season, you know there’s possibly something special. Greg Jones is certainly in that handful of coaches in the Metro, and him talking about the talent and depth entering the season almost led LN to being the top team in the preseason Top 25.

Yeah, the Eagles lost at Bentonville, but that’s a long trip and one of the region’s top programs. So that can almost be thrown out of any equation.

Since returning back to Kansas City action, Liberty North utterly destroyed Liberty, 44-13, and defending Class 6 champion Raymore-Peculiar, 42-14 – an average of 29.5 points against two of the better Suburban Gold teams.

The Eagles looked in tune even moreso at Ray-Pec, as quarterback Sam Van Dyne completed 10-of-13 passing for 264 yards, while Elijah Leonard also sees time at QB and was 3-for-3 with a rushing TD as well.

Defensively, the defensive line is stout, Melvin Laster and Kaden Durso help the middle and Tanner Sims and Eric Hinkel clean up on the back.

If there’s a team that can beat Liberty North in Kansas City, it will be Lee’s Summit North. While the Broncos don’t put up the gawdy offensive numbers as the Eagles, LSN doesn’t allow them either. Lee’s Summit North has allowed just 17 points all year against Class 6 foes. The Broncos and Eagles collide on October 8 at LSN. However, the Broncos have seen the easier opponents go in the rearview though with Blue Springs South and Lee’s Summit, with Ray-Pec, a trip to Blue Valley North – arguably the top Kansas team in the Metro, and then an improving Blue Springs squad.

Should the Broncos get through that tough tiredrill and sit at 6-0, will be quite the epic clash with the league title on the line. 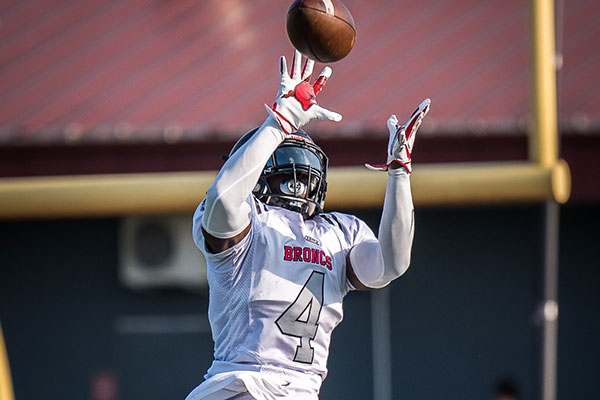 But… under the radar has been Lee’s Summit West, also notching a 3-0 record. The Titans caught Park Hill at the right time, in the first game under head coach Andy Sims. The Titans statistically don’t stand out – quarterback Jameson Hardin has completed just seven passes in three games. Running back Jackson Surratt leads the ground game with 82 yards per game. But LSW has forces nine turnovers in three games, which has been key in the wins.

And Park Hill is hitting stride after its opening loss. A 24-23 OT win at Rockhurst was huge for Sims and the Trojans. Park Hill stumbled, down 14-3 vs Blue Springs South, then rang off 35 unanswered points. Don’t be stunned if Park Hill becomes a tough out as quarterback Kendrick Bell gets acclimated in the system, especially connecting with PJ Caldwell hauling in 7 receptions a game.

BETWEEN ROCK AND HARD PLACE

Rockhurst has got off to an atypical 0-3 start, but the competition has been overkill with Ray-Pec, Park Hill and Bentonville to start the year. The Hawklets should feel better ahead with a winnable game at Blue Springs South this week, followed by a similar story in Bishop Miege at 0-2. Rock is thiiisss close to a nice 2-1 record, as an ill-advised turnover inside their own 30 in the final 90 seconds led to their demise in a 20-14 loss at Ray-Pec, and the 24-23 OT game vs Park Hill fell just shy of the two-point conversion for the win.

But the schedule is stupidly rugged, with Lee’s Summit West (3-0), followed by DeSmet and CBC back-to-back – who does that? Crazy! After all that, an improving Blue Springs team awaits at the end.

However, last year, Rockhurst started in similar fashion before winning 4 of its last 5. The road ended with a COVID forfeit in the postseason. Let’s just hope that doesn’t happen to any team this year, and that Rock will improve as the season continues – even if it doesn’t show in the W column – but will be a tough out in the playoffs. 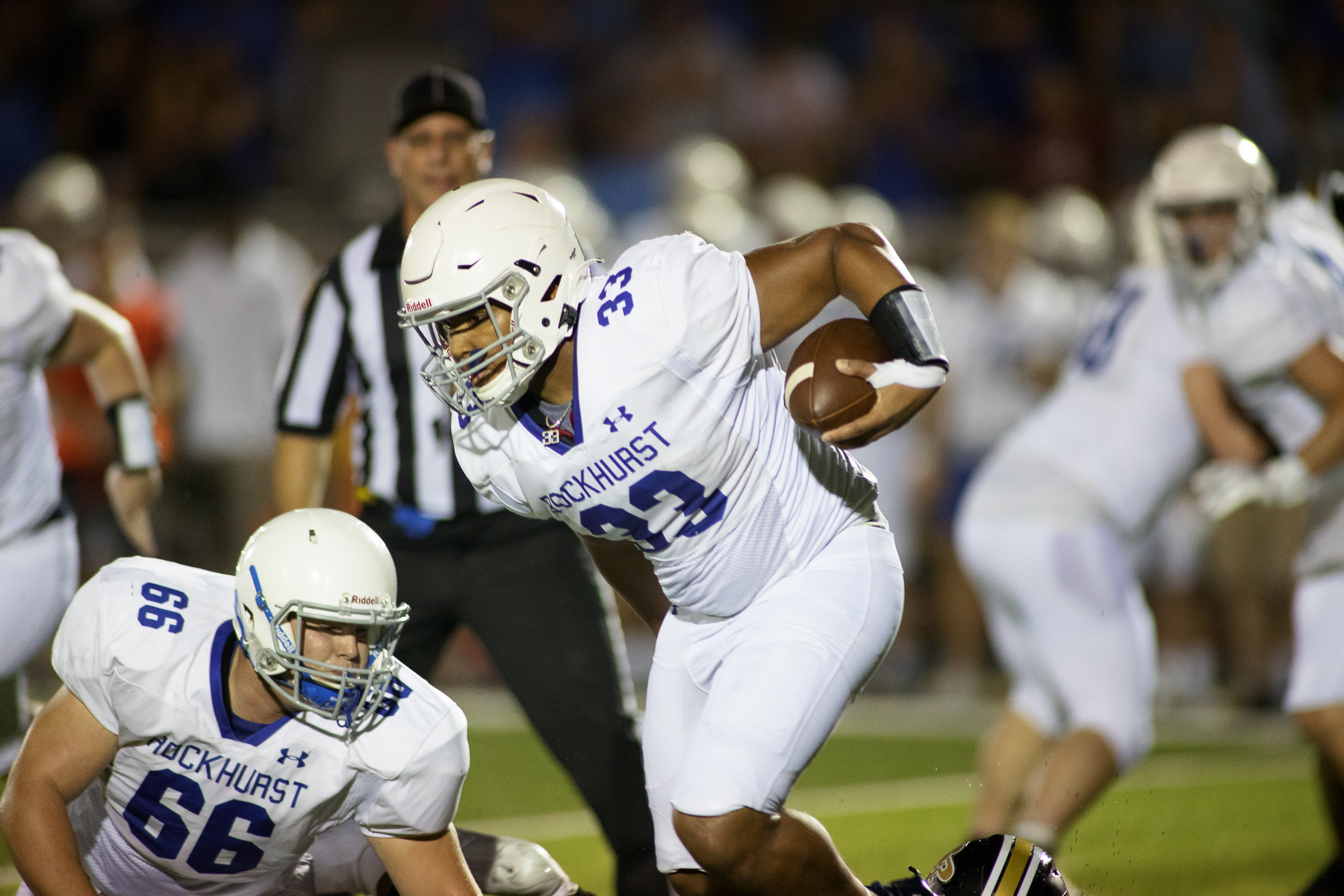 Park Hill South continues its impressive 3-0 start, though a 38-28 dogfight with Grain Valley (1-2) may be of slight concern. But the Panthers should be sitting at 5-0 with a pair of 1-2 teams ahead in William Chrisman and Oak Park before hitting a sliding Staley but an improving North Kansas City team thereafter. Briggs Bartosh continues to impress with 182 rushing yards in the win at GV, while quarterback Nathan Ricco showed an uptick with nine completed passes for 118 yards – including 96 yards and a TD from WR Mudia Reuben, who holds 16 Division I offers. The jump to Class 6 will be quite the test for PHS come playoff time, but that’s then and the Panthers are riding the tide now.