After turning around Park Hill South, Wilmes looks to do same for Jaguars 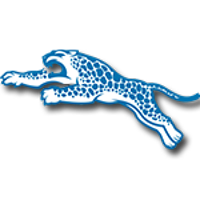 Now he's going to take the helm and try to do the same at a "top three job in the Metro".

Wilmes has been named the Blue Springs South head football coach this week. After being an assistant for the Panthers, Wilmes took over the Park Hill South job following a 2-8 season, and simply turned them around with seasons of 7-3 in 2020 and then 11-1 in 2021 - the best start in the school history at 11-0 until losing to eventual state finalist Liberty North in the playoffs.

"We did some special things at Park Hill South and I'll miss it," Wilmes said. "But Blue Springs South provides a lot of excitement, a new challenge and look to be very successful there."

Wilmes will undergo another reclamation project in the Jaguars program, who went winless in 2021 and 1-19 in the past two seasons. Since Greg Oder's departure - who won three state titles at BSS including a perfect 14-0 season in 2015- Jon Oyler (8-15) and Matt Klein (4-27) followed with scant success.

"It's a job that people want to be at. They've had their struggles the last couple of years but I want to go in and get it back to where it was in the championship days.