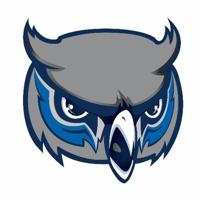 Olathe West is entering its fifth season of varsity football, making it one of the newest programs in the metro. The Owls have learned to fly over the previous three seasons: finishing 6-4 in 2019, 5-4 in 2020, and winning a school-record seven games last season (7-3).

“We’ve concentrated on what's important to building a program,” says sixth year Head Coach TJ O’Neill. “The biggest thing was catching up physically. We’ve spent a lot of time in the weight room. Now we feel like we have a full class of seniors every year.”

The 2022 Owls will be led by senior quarterback Mason McGavran. The 6-foot-1, 205-pound dual-threat QB was a second team All-Sunflower League selection in 2021 after passing for 1,350 yards and 11 touchdowns and rushing for 1,250 yards and 14 more scores.

“He was really our leader on offense last year. First, he was an explosive runner, and now he‘s more familiar with our passing game and has developed a total understanding of our offense,” O’Neill said.

The hole at running back left by the graduation of workhorse Anthony Favrow will be filled by senior Vince Gatschett (6-foot, 175).

“In our last regular season game last season against Shawnee Mission East, when Favrow was hurt, we drove the ball down the field with Gatschett and he scored the go-ahead touchdown,” O’Neill said. “We’re really excited about some of our new skill position players, and we know they will make huge improvements from week to week.”

“Defensively, every day will be a learning opportunity as we will have a lot of newcomers,” O’Neill said. “We fully expect this group to come together and be a great unit during playoff time.”

“Our league is always difficult from top to bottom,” O’Neill said. “I think it’s great. It will let us know where we’re at right away.” 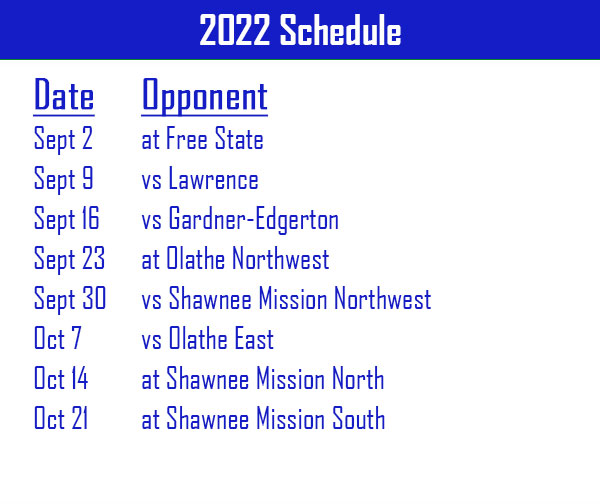