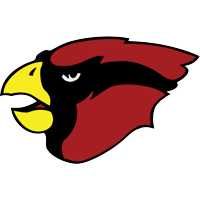 A new era of Eudora football begins this fall in this small town 15 minutes east of Lawrence.

Steffen, who grew up in Hays, spent four years as the defensive coordinator at Mission Valley before moving to Kansas City to join the coaching staff at Shawnee Mission East. After five years serving as the Lancers special teams coach, Steffen and his family found a new home in Lawrence. He worked for Hayden as Eudora’s defensive coordinator for the last two seasons.

“The biggest thing about Eudora is we have kids who love football,” said Steffen. “We have a talented senior class and a junior class that started a lot of games as sophomores.”

The Cardinals were 6-5 last season and finished in the middle of the Frontier League standings with a mark of 4-4. Three of their losses were by three points or less, and a fourth was lost on a Hail Mary touchdown on the last play of the game.

Their playoff run ended with a 21-6 loss to Bishop Miege in the state sectionals.

“We bring back 10 of our 11 starters from our quarterfinal loss to Bishop Miege,” said Steffen.

The headliner of the group of returning starters is Jaden Hamm. A two-year starter at tight end and defensive end, Hamm (6’6”, 225) is committed to play tight end at Arkansas. As a junior he had seven catches for 128 yards and a touchdown and 23 tackles, a sack, a pair of tackles for loss, a forced fumble and two fumble recoveries. He was also an All-Frontier League selection as the center on Eudora’s basketball team.

“What most impresses me with Hamm is he loves to block. Sure, he loves to catch and score touchdowns, but he loves to block,” said Steffen. “And he’s been unbelievable at defensive end this summer. He has the ability to shut down an entire side of the field.”

Kale Hammerschmidt (5’9”, 160-pound senior) will start at quarterback. Hammerschmidt was a two-year starter at strong safety, and like Hamm, he starred on the basketball court as Eudora’s starting point guard.

“Jaden and Kale could start for any team in the state”, said Steffen.

After serving as a back-up last season, senior Octavius Lyles (5’8”, 165) will be the starting fullback. He’s also a three-year starter at cornerback.

“He will be our feature back and will be very explosive in our running game,” said Steffen.

Steffen believes Adrion Seals is one of the best receivers in the metro. The 5’11” junior caught 30 passes for 757 yards and 10 touchdowns as a sophomore. He also had 42 tackles playing at cornerback. He will be a two-year starter on both sides of the ball.

“He can run any route and has the speed to run past defenders. Our play-action pass game is explosive because of his ability to stretch the field,” said Steffen.

The offensive line will be anchored by senior center Ethyn Moore (6’2”, 245).

“He is our leader up front. He sets the line calls and is one of the big reasons why we rushed for 3,500 yards last season,” noted Steffen.

Steffen Says junior middle linebacker Braylen Hoobler (5’11”, 195) is the Cardinals’ best defensive player. He racked up 87 tackles last season. Junior Kole Manley (6’, 180) returns at free safety, where he made 86 tackles and picked off two passes as a sophomore. Thomas Cromer (6’2”, 225-pound junior) started on the offensive line last year and will have a chance to start on both sides of the line of scrimmage this fall. Senior Jaiden Bender (6’3”, 195) had 54 tackles and a sack from his defensive end spot last season.

Steffen sees Spring Hill as the team to beat in the Frontier League.

“Offensively we will continue to be explosive in our pass game while focusing on our triple option offense. Our goal is to compete for a Frontier League title, and once we’re in the playoffs, put ourselves in position in the fourth quarter to be Bishop Miege and/or St. James Academy,” said Steffen.

“We have an extremely motivated and talented group that has been putting in the time both on the field and in the weight room to have success this fall,” Steffen added. 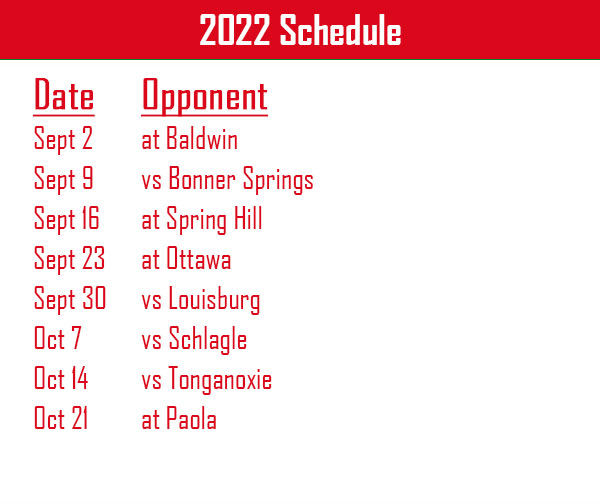