Roosters set up for monster 2022 campaign 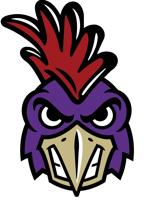 From a winless season to a district title. Pleasant Hill has come a long way in a short time under head coach Justin Hamilton.

Now the Roosters aim to go a few more steps further than the seven-win season with a district title they enjoyed in 2021. Not bad from 0-10 in 2019.

“We have high expectations set for ourselves this season after making the state quarterfinals a year ago,” stated Hamilton, who took over Pleasant Hill in 2020. “Our kids have bought into what we are doing and have the expectation to be competing for a conference and district title this year ,and beyond.”

Leading the way will be senior quarterback Easton Roe (5-foot-11, 190), who slung the ball for a school single-season record of 2,732 passing yards and 21 passing touchdowns. Roe also ran for eight scores and made all-Metro teams with the performance. For good measures, Roe also serves as punter and kicker.

“Easton’s the leader of our offense and has the ‘it’ factor that every coach wants their quarterback to have,” Hamilton touted. “We are expecting even growth from last year to this year.”

Also among 23 returning seniors will be running back Dylan Kauffman. The 5-foot-10, 180-pound senior ran for school record 1,954 yards and 28 touchdowns, along with 272 receiving yards – leading to a Missouri Class 3 second-team all-state selection.

“The biggest thing for Dylan was he got bigger and stronger in the offseason which allowed him to have such a big junior year,” Hamilton analyzed. “He has great vision and is hard to tackle.”

On the outside, senior Mason Hicks (6-foot-1, 180) stands as the lone returning receiver – but a good one with 796 receiving yards, eight receiving touchdowns and five rushing scores.

“Mason turned things on late in the year and has great playmaking abilities and can find open space,” Hamilton reviewed.

“Sam has good feet, is physical and can move people off the ball. Alden had a great offseason and greatly improved his strength and feet, and is poised for a great senior year,” touted Hamilton. “James is fundamentally our best offensive lineman.”

Stepping across the line of scrimmage, junior Brody Kohler leads the way on the defensive line. The 5-foot-11, 230-pound Kohler finished with 58 tackles – eight for loss – and was named Missouri Class 3 third-team all-state.

“Brody’s big, strong and has a great motor,” Hamilton said. “Teams will have to always know where he is lined up at and game plan for him.”

Senior Jonathan Cox (6-0, 210) toggled between outside linebacker and defensive end a year ago, and racked up 80 tackles. Cox likely will play more at d-end this year.

“Jonathan’s our strongest kid who works hard every single day he is in. He brings a lot of experience,” Hamilton said.

“Brayden’s a really hard-working kid who is the leader of our defense,” Hamilton explained. “When he talks, everyone else listens.”

“I feel really good about our depth, which allows us to only play kids on one side of the ball for the most part, which I believe is an advantage in our league,” Hamilton said. “Offensively, if can we replace a few parts with guys who can step in and produce we should be ok.” 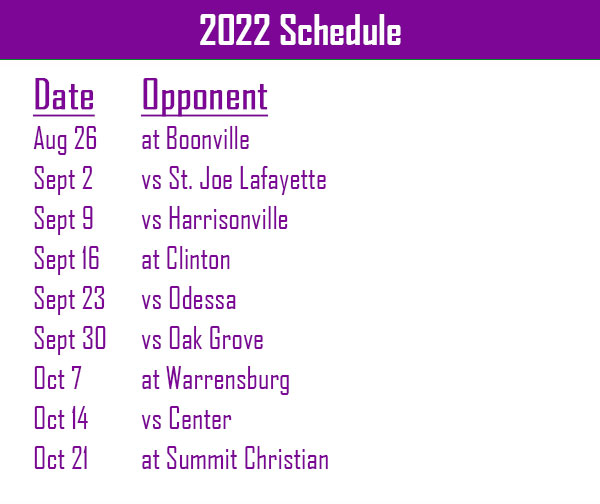