Turnaround ready to start for Jaguars in 2022 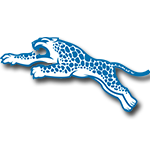 The good news for Blue Springs South and new head coach Alan Wilmes is… things can only go up.

The Jaguars, off a winless 0-10 campaign in 2021, welcome Wilmes to the head post of the football program. Wilmes endured a similar reboot project, taking over Park Hill South after a 2-8 season, and going 7-3 then 11-1 last year.

"We did some special things at Park Hill South and I'll miss it," Wilmes said when he was named the BSS head coach. "But Blue Springs South provides a lot of excitement, a new challenge and look to be very successful here."

One key piece to a turnaround will be quarterback Cash Parker. The 6-foot-2, 210-pound senior threw for 1,462 yards and 14 touchdowns, though with 11 interceptions. But Parker has taken a big step since last year.

“Cash has had a great summer in our new offense under offensive coordinator Zach Wierzbicki,” Wilmes stated. “He has a strong arm to make every throw and has done a great job with decisions on his reads. We expect a great season for our senior triggerman.”

“Riley has a big athletic frame with great hands on offense and defense,” Wilmes touted. “He’s very versatile and a physical player who will do a lot of different things for us.”

“Bryce is very fast and also a versatile player who will need the ball in his hands,” Wilmes said of Reeves, the 100-meter champ in the Suburban Gold (10.78).

Also returning in the backfield will be senior Theodis Thomas (5-foot-10, 210), who rumbled for 690 rushing yards and four touchdowns in 2020.

“He’s had a great summer in the weight room and on the field,” Wilmes stated. “He has shown improvement in speed and agility with summer training, and brings power and leverage to his game as well.”

“Tommy has great speed, size and power, and can play anywhere on the field,” Wilmes said. “He plays with great intensity and effort.”

Overall, Wilmes likes the talent with the Jaguars, and their adapting to the new scheme.

“The offense will have to trust our new system. We will need to distribute the ball to our athletes in space and let them use their talent,” Wilmes said. “If we can play to our tempo and style, then we can be explosive.”

On the defensive side, senior Jose Jenkins (6-foot-4, 295) will help lead the line, while fellow senior Peyton Osbourn (6-foot-1, 200) will shift from safety to outside linebacker, joining LaPour in the linebacking corps.

“Jose can play any position on the line, and can use his speed or bull rush his opponents. He’s a gamechanger on the defensive side,” Wilmes reviewed. “Peyton has show flashed of physicality and can fill the run, blitz and drop in coverage.”

“Howard will play some defense, but also has made the move to offense and is a speedy and freakish athlete that has shown ability to be a playmaker,” Wilmes said. “Trey is a lockdown corner who will be a big part of the defensive game plan this year.”

“Defensively we have some very good football players.  If we can do our job, run to the football and be physical we can be very tough. I’m excited to see these guys set the tone.”

Despite coming off the rugged season, Blue Springs South is optimistic and ready to turn the pages on the calendar from 2021.

“Our program is full of energy and positivity this summer,” Wilmes recapped. “We have had a great two months with awesome numbers in the program and players committed to our new culture “#DEAL” and new offensive and defensive schemes. The school and community have been very receptive to the eight new coaches we have brought in to build the program. We expect to compete each week with the goal to go 1-0. If we can play hard, fast and do our job we have high expectations for this team.” 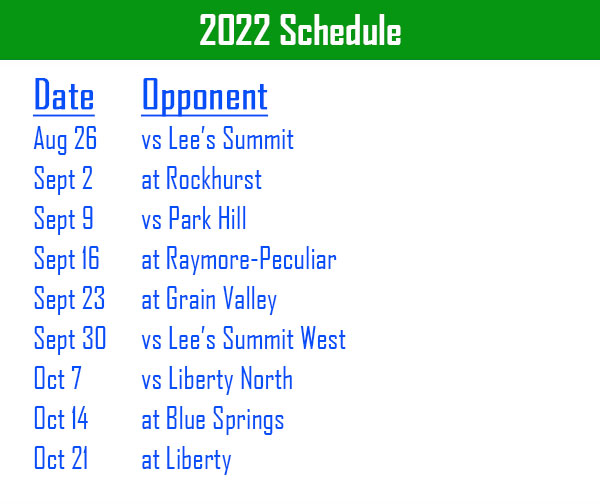