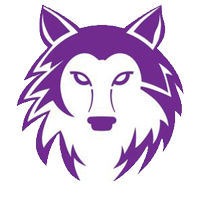 A year ago, Blue Valley Northwest was setting sail on a season that would end holding up the Kansas Class 6A state championship trophy.

Now the Huskies get the target on their backs as defending champs in 2022.

“We’ve had to handle success, but guys have done a good job this summer and come together with pieces replacing, and forming their own identity,” said head coach Clint Rider.

While BVNW lost a ton of talent from last year’s title team, including the Simone Award winner for top player in the Metro in Mikey Pauley, the cupboard isn’t bare by any means.

Leading the offense will be another Simone Award candidate in running back Grant Stubblefield. The 6-foot-1, 185-pound senior rushed for ran for 200+ yards three times in 2021 in the tough Eastern Kansas League, racking up 1,850 total yards and 25 TDs.

“The offensive line loves blocking for him, and his presence, positivity and ability to get everyone’s confidence up is big for us,” Rider stated. “But the attention he’s going to get will be important for other guys to support him.”

Stubblefield will help take the load off Connor White (6-foot-2, 185), who takes over for Pauley. The senior has been waiting in the wings for his turn at starting quarterback.

“I remember seeing Connor as a seventh grader at one of our camps, and asking who he was. He’s a very good passer and accurate,” Rider recalled. “He’s been looking forward to having this chance. He’s taken the role on and been leading the guys, and earned their respect.”

But the change to White will take some time as Pauley started since his freshman year.

“Honestly, we’re going to have to feel each other out through the season,” Rider predicted. “For us as coached, have to feel him out for calling a game, him checking for the run or coverages.

“But this summer, Connor has made very few decisions I’ve questioned, and that makes me feel good. We’re really looking forward to watching him sling it around.”

BV Northwest lost its top three receivers to graduation, but White will have a long list to target. Junior Gavin Hoffman (6-foot-5, 195) has put on 25 pounds since a year ago and looms as a big target. Senior Jahson White snagged two touchdowns in 2021, and will give the Huskies an elusive threat. Senior Peyton Atchley (5-foot-10, 165), junior Colin Matlie (5-foot-10, 165) and senior Chase Wernimont returns as a three-year starter with 149 yards and two scores a year ago.

Another target may be senior Aidan Behymer, who could split out at tight end, but at 6-foot-5, 220, will likely start at left guard. Joining Behymer on the left side will be Easton Wasinger. The 6-foot-2, 240-pound senior was a first-team EKL selection last year. Senior center Joel Deppe (6-foot-1, 230) was a second-team EKL pick. Brock Heath – younger brother of former Husky tight end Jackson Heath – will start at right guard at 6-foot-5, 220. The right tackle will be a battle between senior Scott Wyatt (6-foot-1, 210) and sophomore Andrew Babalola (6-foot-7, 245).

“It’s not often you get three three-year starters back,” Rider analyzed. “From a communication aspect, they’ll pick up where they left off, and that makes me feel better about the newcomers on the right side.” 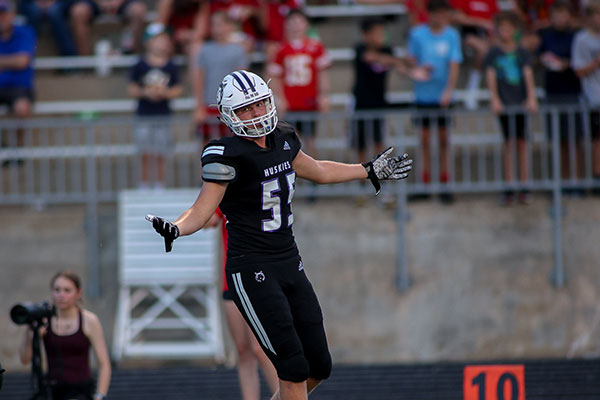 Senior Aidan Behymer will play on both sides of the line for Blue Valley Northwest. (Photo: Darryl Woods, 810 Varsity)

Behymer will help lead the defense as a two-year starter at end. On the other side, senior Lyndon Knapp (6-foot-1, 200) will man end. A rotation of senior Andriyko Bondar (6-foot-2, 200), Wasinger, Babalola will rotate in at nose tackle, and on the line in the 3-4 system.

If not at outside linebacker, Matile will man safety. Also leading the secondary will be junior Trey Ridley (6-foot-1, 180), who has landed an offer from Iowa State already.

“We lost some guys from a year ago, but our seniors will do a good job of getting guys ready to go and play within our defense,” Rider predicted. “We did that well last year and you don’t have to make every play – but when it’s your play, you make it.”

“Over the course of the season, we like the pieces we have. Players like Hadley and Bennett would’ve started last year on other teams which weren’t senior heavy,” Rider reviewed. “We’ve had guys waiting their turn and by the end of the season, they’ll be humming to the potential we think they can.” 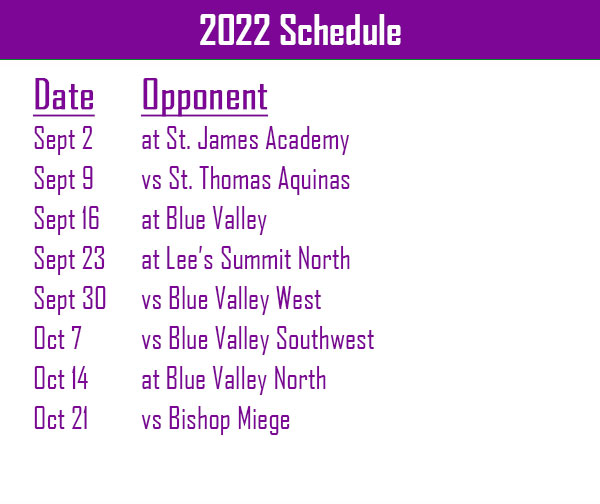