Player of the Year Watch

Check out the current listing for Player of Year race

810 Varsity annually looks at the Player of the Year Watch each week for 2022.

Parker has helped lead the Jaguars out of the doldrums of a winless season to a 3-1 mark, including two miraculous comebacks from down 18 points with under 7 minutes remaining to beat Park Hill, and finish with 437 yards and 5 TDs, then town 27-10 at half at Ray-Pec for a 52-34 mauling with 301 yards and 4 TDs.
Biggest reason for leaping to the top? Beating his competitors Kendrick Bell and Zander Dombrowski in those two wins.

What’s needed: Post big-time passing numbers, cut down on the INTs (4 vs Rockhurst) and Blue Springs South get to 7+ wins and some playoff wins.

Everyone knew Stubblefield would be the workhorse for the Huskies in 2022. But 38 carries and 283 rushing yards against defending Class 4A state champion St. James Academy rose some eyebrows. Despite a loss to Aquinas, Stubblefield still ripped off 166 and a score. Then the senior racked up 300 rushing yards and 4 touchdowns in a win at Blue Valley.

What’s needed: Rank as one of the top rushing leaders, and BV Northwest contend for the Kansas Class 6A state title game again. A big game at Lee's Summit North will go a long way. 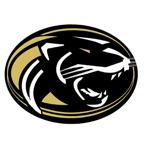 Dombrowski continues to lead Raymore-Peculiar, with three wins and game-winning drives in each game that's been decided less than a TD, including a thrilling TD pass in the final seconds in the 57-50 win at Park Hill that for now, puts him ahead of Kendrick Bell.

What’s needed: With Doss and Reddell at WR, the stats will be there. Having a long playoff run will help Dombrowski stay at or near the top.

The passing numbers have already about exceeded the Metro - with a game less in Kansas, and the ypg are over 70 per game to No. 2. Downside? The three wins have been against winless teams, a combined 0-9.

What’s needed: Put up the numbers and run the table in the regular season, including wins over Rockhurst and St. Thomas Aquinas. The numbers in the 4A playoffs will leave a bad taste in mouth, so need to compile against the larger names.

Barnett replaces QB Sam Van Dyne along the lines of the best player on the best team category, as Liberty North already has beat Lee's Summit North and Liberty. Running for 212 rushing yards last game started to cement Barnett in that stature.

What’s needed: Compiling solid numbers while the Eagles dominate during the season, and possibly return to the Missouri Class 6 title game.

Kendrick has already posted stats that some quarterbacks compile in a full season. Bell threw for three straight 5-touchdown games, but got shut down with "just" 158 yards and two TDs in a 49-24 loss vs Liberty.

What’s needed: Keep piling up the large stats while Park Hill produces a .500 season or better. Bell shouldn't be punished because of his defense, but performing on a winning team always helps in player awards.

Reddell was somewhat taking a back seat to teammate Jaidyn Doss - until  Sept 9 when the junior went ballistic with 226 receiving yards and three touchdowns - while also picking up offers from Kansas, K-State and Vanderbilt. Reddell leads area receivers in yards and TDs.

What’s needed: Monster year though Dombrowski likely will otherwise be ahead in the POY race, since he's the QB.

Green leads a strong Lee's Summit North team that can contend for the state title. Like Evan Boehm winning the Simone Award as a lineman, Green leads a formidable attack with no stat compiler in passing, rushing and receiving yards.

What’s needed: Contend for the Class 6 title, probably end up with just the one sesaon-opening loss, and be the best player on the best team in the city. 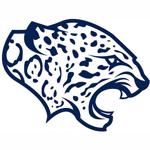 Similar to Liberty North and Lee's Summit North players, Jay will be in the best player on best team for the Kansas side. Jay did eclipse 2000 passing yards and 25 TDs, and 500 rushing yards and 8 TDs last year. But coming out of games early in blowouts hurts the stats against other contenders. A nice 5 TD game in a 51-0 win last Friday helped move up a rung.

What’s needed: Approach last year's totals while helping the Jaguars to the Sunflower League crown, and a possible four-peat in Class 5A. Or at least reach the title game, in a presumable dual vs Maize's Avery Johnson.

Scoma went nuts in a win over Shawnee Mission Northwest with 296 passing yards and 3 TDs, as well as 101 rushing yards and a scores. Scoma was steady with 108 passing and a TD, along with 112 rushing and a TD to beat undefeated SM North.

What’s needed: Roll up big numbers as the leader and quarterback for Olathe North, and the Eagles contend for the Sunflower League and Class 6A title game with Scoma as a reason why.

Kindler debuts in the top 10 after three straight 100-yards games and 3+ TDs in each. A whopping 12 rushing TDs tops Kansas, and all big class Metro rushers.

What’s needed: A big game in a win over Mill Valley would help for certain to rocket up the list.