Hogan Prep's future as a school recently remains a big question mark. For many, namely the students, they are wanting some answers.

The boys basketball team recently wrote a letter in response to the long-time high school being shut down due to safety concerns. Hogan Prep was informed by the Missouri Charter Public School Commission last week to close its high school campus temporarily.

Reasons cited were high rate of student suspensions and consistent understaffing. As a result, a safety plan was to be presented by last Thursday, November 17, and in-person class was halted until at least November 28.

Among the groups heavily affected have been the boys basketball team, which wrote a letter late last week to the Missouri Charter School Board Association of their immediate and long-term concerns.

Read below (signatures blurred as students under 18 years old): 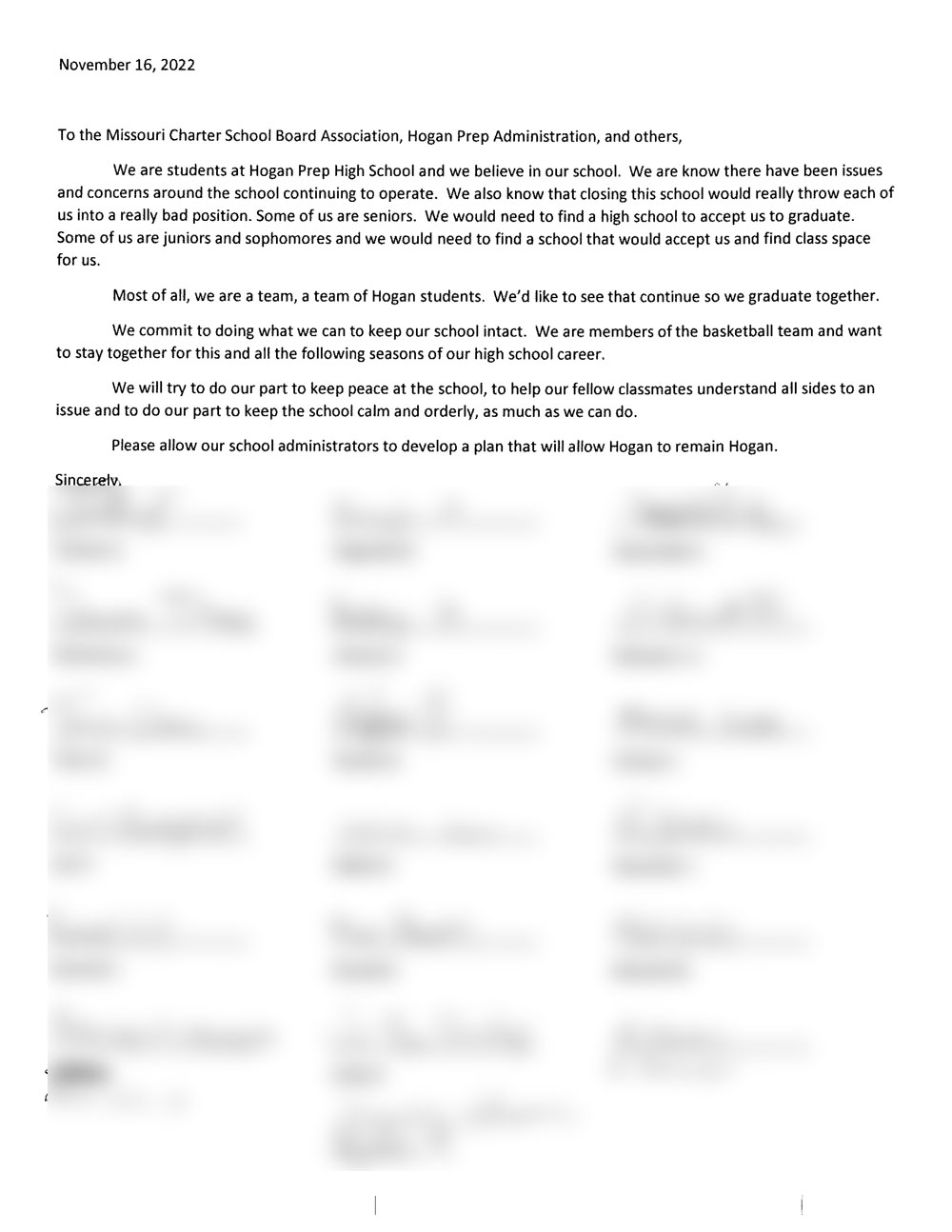