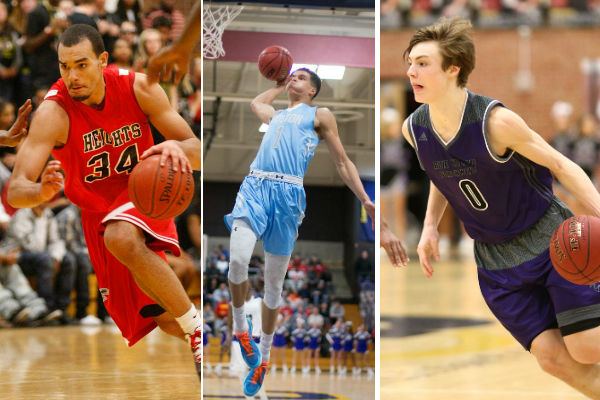 A historic event in Kansas City high school sports continues this basketball season, but with a different name - and organizer.

The 810 Varsity Shootout will be held Saturday, December 15 at Avila University, and continues what was known for over two decades as the Hy-Vee Shootout.

The event has featured a lineup of top girls and boys area high school basketball games in Kansas vs Missouri matchups since the inaugural event in 1994. The Hy-Vee Shootout was overseen by Metro Sports/Time Warner Cable/Spectrum Sports since 2002 before the latter ceased to continue the event after last December's shootout.

But entering its 24th year, 810 Varsity picked up the event and scheduled another strong lineup, with the final four games featuring eight schools in the 810 Varsity Top 25.

"The event has been such a fixture for Kansas City and being right on state line, has been a perfect site for the Kansas vs Missouri theme," said Blue Valley Northwest head coach Ed Fritz. "I know a lot of coaches and fans are glad it's continuing, and in great hands with 810 Varsity."

810 Varsity - in its 10th year of high school coverage - enters its fifth season of high school events and much like the Hy-Vee Shootout, also held its first 810 Varsity Showcase at Municipal Auditorium in 2015. Multiple 810 Varsity events have spawned since at area high schools, but the Avila event will be viewed as the pinnacle of the lineup.

"Having games at a neutral site will allow for freedom of scheduling, and not confined to the host school as the last matchup," said 810 Varsity's Chad Rader. "It can pit two of the top Kansas City teams against each other, or bring in schools from St. Louis or the area."

Such matchups have entertained area fans with regional standouts in the Hy-Vee or 810 Varsity events, with Perry Ellis of Wichita Heights in 2009 and 2010, or Michael Porter in 2016.

The day will be filled with an action-packed lineup.  The girls action sees nearby foes in Shawnee Mission East vs St. Teresa's, followed by perennial powers Blue Valley North and Blue Springs.

The boys goes into full tilt at 4 pm with No. 14 St. Thomas Aquinas facing the city's top scorer, senior Javaunte Hawkins and No. 6 Lee's Summit North.