Trojans pull away late for win at 810 Varsity Shootout 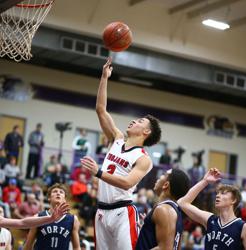 With Park Hill needing a boost, Tavian Josenberger gave the Trojans a major jolt when they needed it.

Josenberger, a 5-10 junior guard, scored eight straight points in the final 2:15 to help No. 20 Park Hill pull away for 67-61 win over No. 11 Blue Valley North in the 810 Varsity Shootout on Saturday night at Avila University.

Park Hill and BV North traded blow-for-blow until PHHS built a 57-50 lead midway through the fourth quarter. But the Mustangs scored five straight to pull to 57-55.

After both squads traded buckets, Josenberger - who finished with 12 points - hit a shot for a 61-57 lead with 2:15 remaining.

Amauri Pesek-Hickson hit a driving basket to trim the lead to 61-59, but Josenberger countered with a driving hoop.

On the possession, Josenberger stole a BV North pass near midcourt and went in for a layup, and a 65-59 edge with :59 left.

Following a Mustangs miss, Josenberger was fouled and hit both free throws for a 67-61 lead.

Nic Zeil, who finished with game-high's of 20 points and nine rebounds, also hit two charity tosses in the closing seconds for the 69-61 final margin. 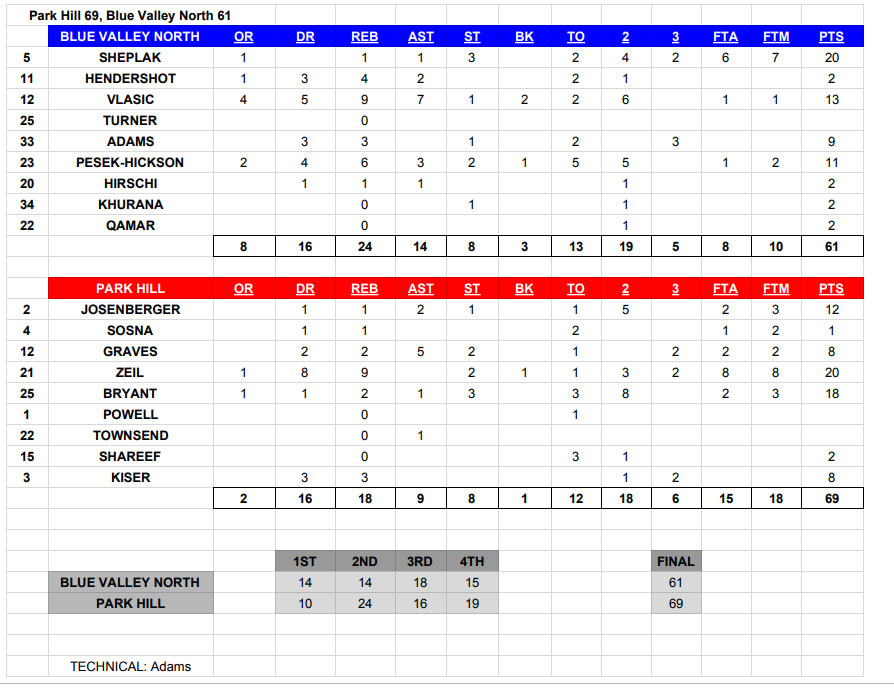