810 Varsity has named its 810 Varsity 2018 Elite 81 award winners, revealed throughout the holiday break. 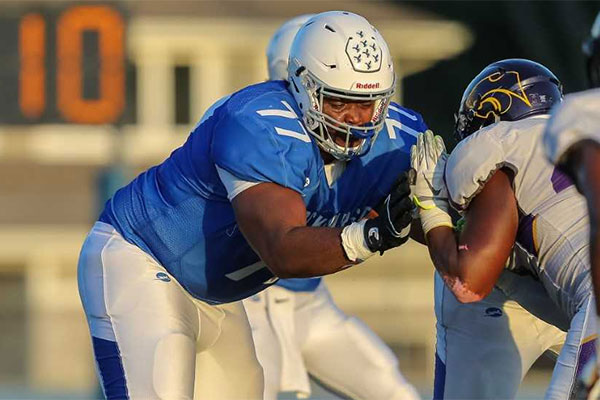 Danielson Ike dominated foes on both sides of the line for Rockhurst. (Photo: David Smith)

Ike grabbed headlines and caused opposing teams fits, looming at 6-foot-6 and 335 pounds in the trenches. Ike  helped lead Rockhurst to an 11-2 record and the Missouri Class 6 state title game. Ike was named to the Missouri Class 6 first team, and holds offers from Oklahoma, Alabama, Michigan and others. 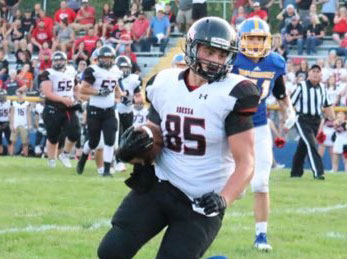 Garrison helped Odessa to a 12-1 season, undefeated until the Class 3 playoff loss at Maryville. The Bulldogs dominated opponents most of the year, with the 6-foot-6, 255-pound senior helping on the line at tight end. Garrison did register nearly 200 yards and two touchdowns at tight end, along with 8.5 tackles for loss on defense. Garrison committed to Missouri State.

Michalski is a two-time 810 Varsity Award winner, and will play at Oklahoma State. (Photo: Susan Goodwyn)

Michalski also earned the 810 Varsity lineman award in 2017, and backed it up with leading the Aquinas monster line, and bulldozing their way to the school's first state title and an undefeated campaign. The 6-foot-4, 270-pounder will play at Oklahoma State.

Corcoran has been a nationally prized recruit since the get-go, as the 6-foot-6, 270-pound offensive tackle held offers from Auburn, Clemson, Georgia and, well, you name it. After helping Free State to a 12-1 record, Corcoran - ranked No. 7 in the 2020 class at offensive tackle - has his list trimmed to Oklahoma, Ohio State, Notre Dame, Oklahomas State, Nebraska, KU and K-State. 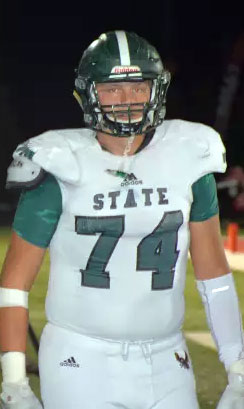 Corcoran is ranked No. 7 nationally at offensive tackle. (Photo: Rivals.com)

Poitier helped anchor the line for Miege in its 5-peat of the Kansas Class 4A state title, earning first-team Eastern Kansas League and all-state honors along the way. Oh yeah - the 6-foot-3, 250-pound senior also landed an offer, committed and signed his LOI to K-State this month.

White helped Louisburg to a 10-0 start, a Frontier League title and eventually losing to Bishop Miege in the 4A quarterfinals. White earned first-team all Class 4A honors. The 6-foot-4, 245-pound junior played for the USA Football Under 16 team this past year. 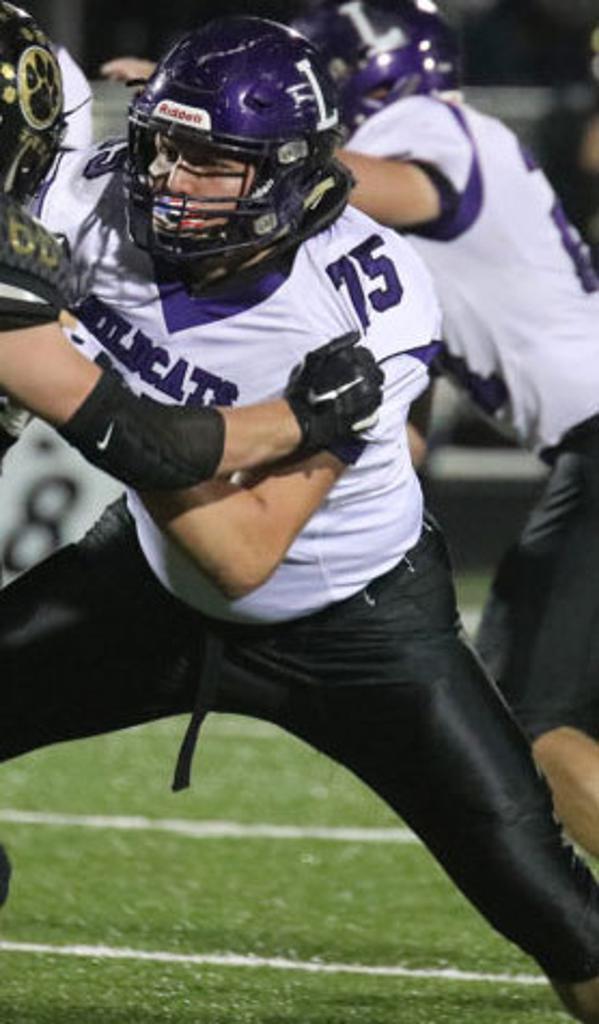